This pumpkin cheesecake that is swirled with our very own Charred Rosemary & Sage Salted Caramel Sauce may just be the most delicate and fluffy cheesecake you ever have.

With flavors of pumpkin pie and a batter that is lightened with whipped cream just before being baked, this dessert will fill your head with nostalgic thoughts of enjoying pumpkin pie growing up with the refinement of being in a Michelin-Starred restaurant. Think that is a bold claim? Give it a shot, I promise this recipe won’t disappoint!

So What Make This Recipe Different from Every Other Cheesecake Recipe Out There?

The reason why this cheesecake is borderline celestial is because of its mousse-like texture. Typical cheesecake can be rich and dense, which can begin to weigh on you as you are eating it. Not with this cheesecake recipe. You will find that the texture is smooth and silky with a light and fluffy texture, similar to that of a mousse.

So how do we achieve this mousse-like texture? The quick answer to this question is by incorporating air and by cooking the cheesecake gently. We incorporate air into the batter in a few ways during its creation:

I wholeheartedly believe that this pumpkin and salted caramel cheesecake deserves a special place at your dessert table this holiday season! Here's what you need to make it:

Tips for the best Pumpkin and Salted Caramel Cheesecake

I'm not kidding when I say that this dessert is hands down one of our favorites that we've made and one that our friends and family has asked us to make time and time again!

This pumpkin cheesecake that is swirled with homemade Charred Rosemary & Sage Salted Caramel Sauce may just be the most delicate and fluffy cheesecake you ever have. 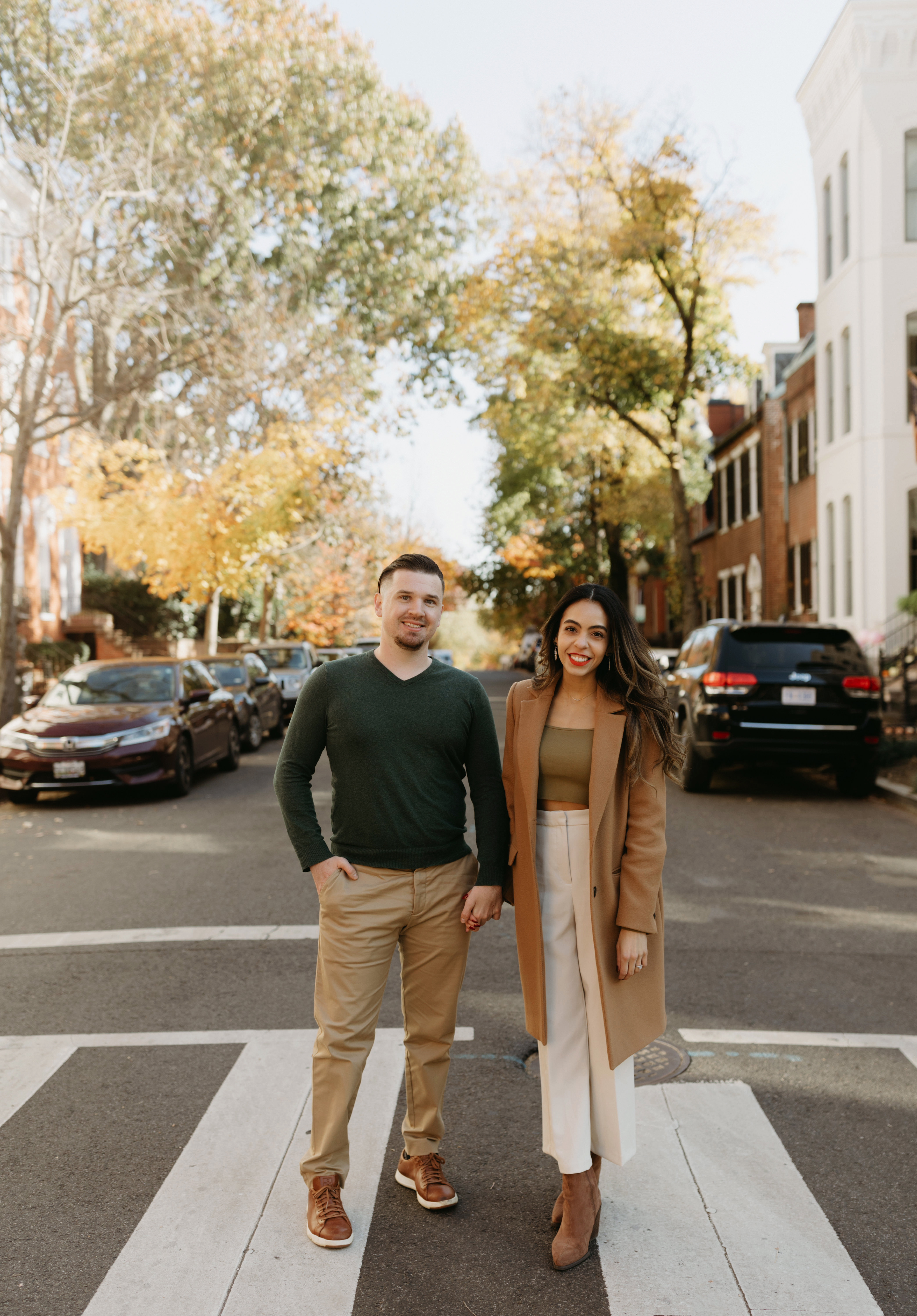 Hey there, we're
Alejandra and Jamie!

By bringing together our passions of cooking and photography, we created Off The Line, a destination for recipes and private events. Thanks for joining us as we take restaurant caliber recipes "off the line" and bring them into your home kitchen.

GET TO KNOW US!

Get a fresh delivery of only the goods delivered to your inbox.

Thank you! Your submission has been received!
Oops! Something went wrong while submitting the form.

Thanks for contributing to our community! Your comment will appear shortly.
Oops! Something went wrong while submitting the form.
Rocio Rauda
Best watermelon salad recipe ever!